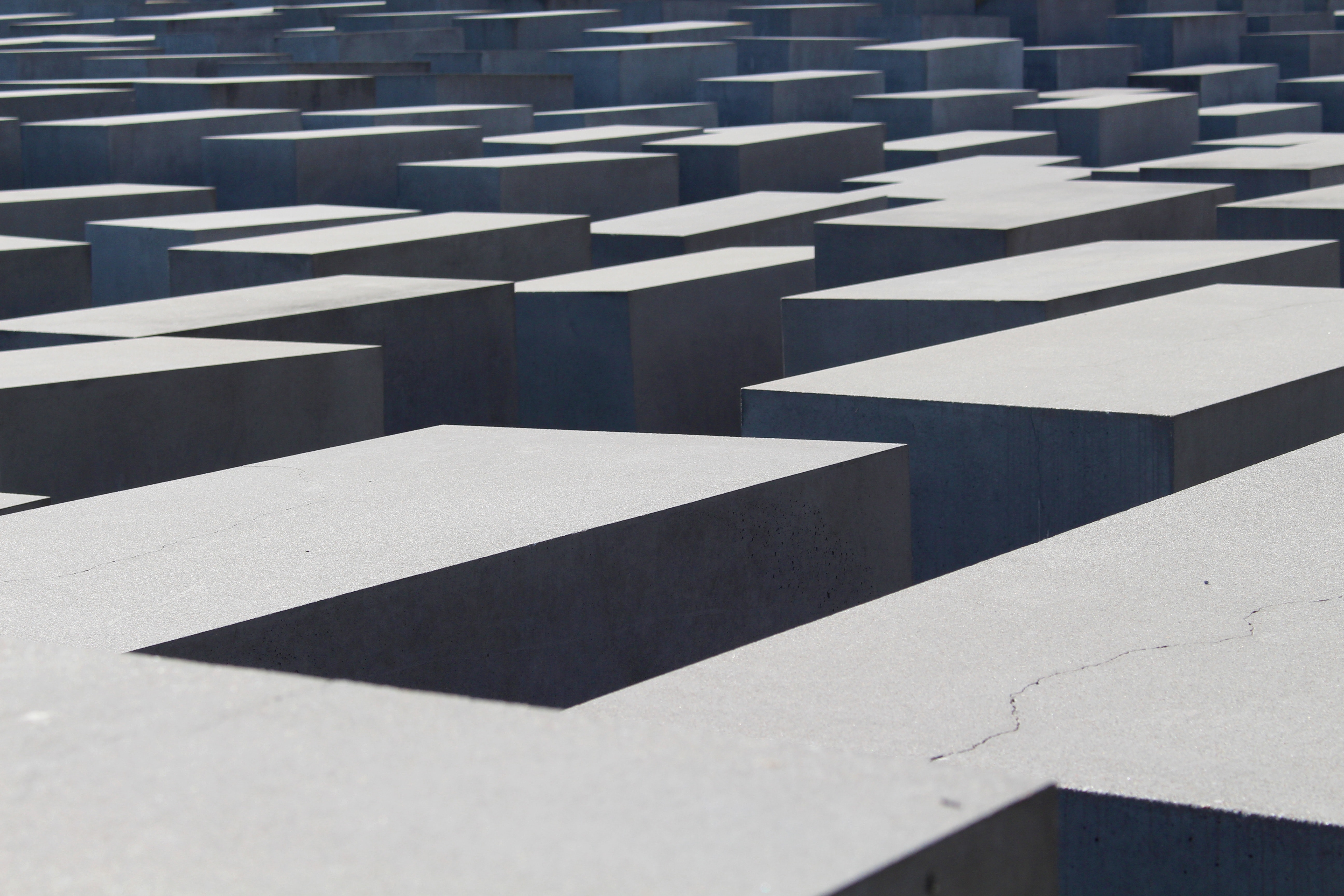 Nearly 50% of Alzheimer’s Disease cases can be prevented with lifestyle modifications.  The five most important modifications in that regard are:  controlling diabetes; controlling high blood pressure; managing obesity; managing depression; and exercising.

Reporting on a 15 year longitudinal study of women monitoring Weight, height, physical activity and caloric intake indications are that women who were obese during mid-life had a 21% greater risk for dementia compared to women who were not. The study of over 1 million UK women showed 2.1% of women who were obese were later diagnosed with dementia as compared to 1.6% of those who were not obese in mid-life. Low caloric intake and inactivity were linked to dementia risk in the first 10 years of the study.  However, both associations were almost null after 15 years.

Previous research had established that microglia could play a role in the disease, however exactly what the microglia are doing and whether they are significant in the initial Alzheimer’s process hadn’t been understood. Using a drug to block the microglia, effectively eliminated these cells from the brain and in those areas lacking microglia, plaque did not form. One does not see Alzheimer’s without plaque indicating that microglia are a necessary component of the development of the disease.

Another discovery was that when plaques are present, microglia see them as harmful and attack them. But this attack also switches off genes in neurons needed for normal brain function. The means that researchers would not propose removing all microglia but rather devising therapies that affect the microglia in targets ways.

Research published in ACS Central Science posits another theory at the cellular level in search of the cause of Alzheimer’s. The build up of amyloid plaques and neurofibrillary  tangles within cells lead to the death of neurons, the loss of functioning neural pathways and the subsequent decline in memory function. The UCR team explores the theory pointing toward the cause of this process at a small organelle – a specialized structure – found within human cells, the lysosome.

Lysosomes function by capturing malfunctioning or excess proteins, disassemble them and release the component amino acids back into the cytosol  - fluid in the cells- where they can be reused to form new proteins. A failure to do this results in lysosomal storage , a phenomenon known to precede the formation of amyloid deposits. This disorder generally occurs in childhood whereas Alzheimer’s is a disease of the elderly. So the theory of this study is that the lysosomes may remain fully functional but the stereochemistry of the proteins they breakdown may be altered slightly. If the theory holds, this may demonstrate a viable explanation for the mechanism by which Alzheimer’s begins. This then creates a brand new target for treatment.

Approximately 5.5 million Americans currently suffer from Alzheimer’ dementia, which accounts for about 70% of total dementia cases. The risk of dementia doubles every 5 years after the age of 60, rising as high as 50 percent for those over 85 years of age.  The 6th leading cause of death, it is the only one among the top ten killers of American for which no cure or preventive measures exist.

University of Exeter reported that the risk of dementia was 32% lower in people with a high genetic risk if they had followed a healthy lifestyle compared to those with an unhealthy lifestyle. Healthy lifestyles mean diet low in sugar and salt, regular exercise, no smoking and moderate alcohol consumption. Drinking artificial sweeteners was associated with almost three times the risk of developing stroke or dementia.

Neuroscience Research Australia looked at the aging brain reporting that in particular conditions affecting the blood vessels can adversely affect the brain because it has such a rich blood supply. Beyond the normal maturation process factors include hormonal effects, genetics, lifestyle and some medical conditions. Demographics such as gender, education level, martial status and where you were born have affect. Add to that environmental factors such as air pollution and passive smoking.

As numerous clinical trials to treat Alzheimer’s Disease have failed, researcher have posited that early detection and treatment may be necessary to achieve clinically meaningful improvements. To this end, the National Institute of Aging and Alzheimer’s Association created and Amyloid, Tau and Cortical Thickness (ATN) scoring system that uses imaging-based biomarkers to estimate dementia risk. In  the group, ATN biomarkers had a significant but moderate impact in predicting memory decline compared to a clinical model. Patients that were A+T+N+, A+T+N-, and A+T-N+ had more rapid memory decline than other groups. However, the marginal increase in the predictive power suggests that these biomarkers may still not be optimal for understanding risk associated with AD- related memory loss.

In an article that looks at the progress made in the last ten years in treatments for Alzheimer’s, it is noted that progress has not been recorded. According to thoughts of many, the lack of funding forced researchers to concentrate all their efforts on what was thought to be the best theory of Alzheimer’s which was that a build-up of beta-amyloid plaques and tangles are the main brain changes in the disease. Efforts to find drugs to combat these plaques has not proven and in fact, companies are pulling back drug development.

There is some concentration on lifestyle changes as a means of prevention and a whole host of theories are being looked at for possible testing as funding is increasing. All this while the rate of dementia deaths has more than doubled in the past decade.

Alzheimer’s disease: have we got the cause all wrong?

The dominant theory of the cause of Alzheimer’s has rested on beta-amyloid plaque. The clumping together somehow damages the nerve cells in the brain which leads to memory loss and other symptoms. The approach should be straightforward – stop the clumping and you will halt the disease. Unfortunately, this approach has not worked. While drugs have cleared the plaques, the disease has not been eliminated.

In an interesting twist, even while few neuroscientists still subscribe to the view that it’s the beta-amyloid Alzheimer’s disease, at a recent UK conference there was near universal agreement that it is time to separate the concept of Alzheimer’s disease from dementia.  The idea that plaques may exist but that it may not necessarily lead to dementia merely serves to confuse rather than enlighten.

Journal of the American Medical Association

Results of a recent study suggest that a healthy diet dose not reduce the risk of demntia. There was no marked decrease in the onset of dementia between the 30% of participants who struck to a healthy diet of  fruit, vegetables, whole grains, nuts and legumes along with unsaturated fats and the 30% with a poor diet who regularly consumed red-meat and ate sugar-rich foods. This is an observational study and does not prove cause and effect.

So what is working?

There is focus on prevention  - aerobic and mental exercise as effective treatments. Opportunities for community based services are essential. Care coordination programs to manage comorbidities are critical. Until there are new pharmaceutical interventions available, it will be up to long term care organizations to serve consumers with dementia.

Surveys conducted over the past several years suggest that a diagnosis of Alzheimer’s Disease sparks terror in the hearts of patients, families and friends more so that just about any other fatal or chronic illness. In fact a Marist Poll conducted in 2012 concluded that AD was America’s most feared illness.

Unfortunately, this has spurred the development of a new class of scammers who target seniors with concoctions that claim to cure or even reverse the disease.

But the news is encouraging. Progress is being made in the medical community on ways to deal with the disease. For example there is work in the area of blood flow to the brain, there is work in regeneration of damaged neurons using a drug cocktail working on glial cells.

Challenges of dementia diagnosis can be compounded by feeling of isolation and loneliness when families and friends stop visiting because they don’t know what to say or do. This social isolation has negative health outcomes including depression.

Experts recommend that you try not to make assumptions about what they can and cannot do. Too often control is taken away from a person once they have a diagnosis of dementia. Patients should be involved in decisions where possible. They should be treated with dignity and respect. Many people are suggesting we shift our languet=e to say a person is living with dementia rather than suffering from dementia.  We need to learn to accommodate the individual’s change in perception instead of asking them to navigate our world and do things the way they used to do. 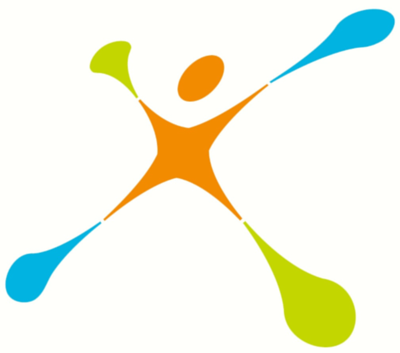